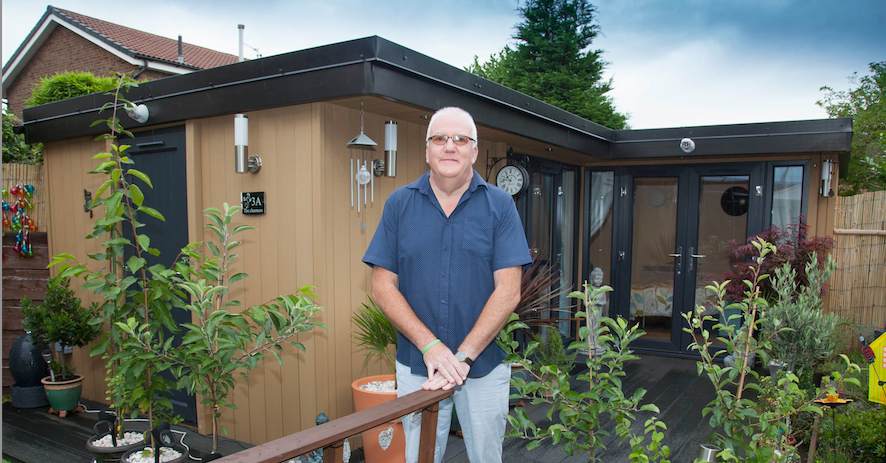 David and Jean Mehers were originally intending to build an extension at the side of their three-bedroom home in Bury, Greater Manchester, but had limited space.

A garden office and leisure room turned out to be the perfect option to house what is now a luxurious games room complete with a giant American-style fridge-freezer, pool table, sofa-bed and plush office space.

The 4.5m by 6.5m garden room, complete with fully fitted toilet, doubles up as a private office space for Jean’s demanding career in the retail industry.

The couple discovered Rubicon Garden Rooms while on a day trip to Chester, said David, 56, a retired prison officer.

“I spotted a local garden rooms company and so we arranged to meet at the showrooms on the Saturday,” he said: “We loved everything we saw and decided to go for it there and then.”

The garden building benefits from wooden flooring, outdoor decking, spot lighting inside and out and an aesthetic canopy over the doors.

In addition, the Rubicon Garden Rooms team fitted a self-contained store room at the end of the garden room to meet all the couple’s storage needs.

“It’s been a fantastic addition to our home. I go down there and play pool and chill out,” said David.

“We use the room when our kids come up and it means they can all stop over. There’s a pool table in there and it’s a space for chilling out.

“It’s a pretty big room but we don’t feel we’ve really lost any of the garden at all. Rubicon built decking around the room and so we all sit out there during the summer and eat and drink. It’s lovely.

“Everyone who has seen it has been impressed. People really don’t expect it. When you look at the front of our house you wouldn’t dream of finding such a large room round the back.”

The couple have four children and four grandchildren. One of their sons, Robert, 29, is in the Army Rifles regiment, and lives in Aldershot. The new garden room has offered the family another space to entertain when the family comes to visit.

“It means my son and his wife and their children have their own private, personal space when they come to stay,” said David.

“They can be self-sufficient and help themselves to snacks and drinks. What more could you want?”

“It’s also great for my wife. She also travels all over the country but one or two days a week she’ll work from home. She’s done this for quite a few years but in the house she kept getting disturbed with the house work. Now she can go into a working environment away from the house and away from any distractions.”

David admitted he did do his homework prior to deciding on a garden room and hasn’t been disappointed.

“I did a lot of research on Google before choosing a supplier and visited two other companies but wasn’t impressed,” he said.

“The build itself took around four weeks from start to finish. They travelled from the Chester area everyday but were never late and always turned up when they said they would. They brought their own toilet which was great because it meant they didn’t have to keep asking to come inside the house all the time.

“I’ve already recommended two people, one of which is going ahead with a purchase, I cannot speak highly enough of them.

“In the past, I’ve had a lot of trouble with builders, plasterers and painters not turning up. With John and Rubicon Garden Rooms, it has been really quite refreshing. They did absolutely everything by the book and we couldn’t be happier.” 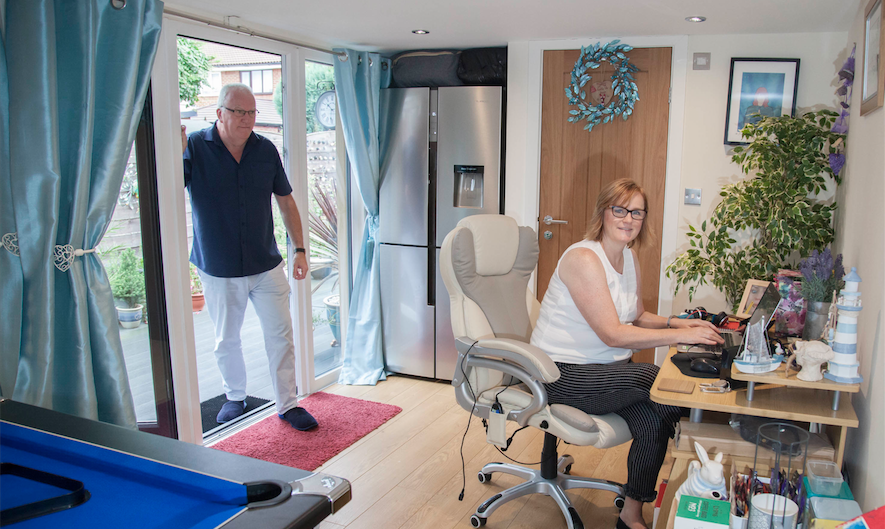