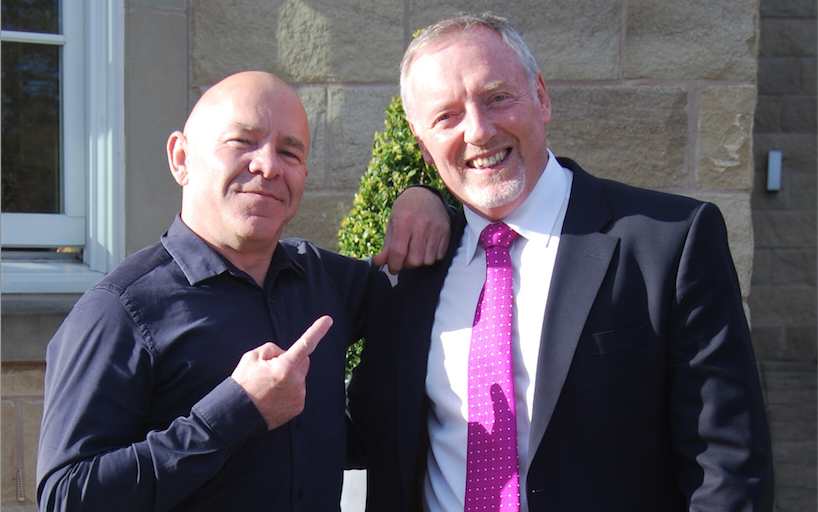 A North Wales garden room company has become the first in the UK to win the seal of approval from one of the UK’s top expert witnesses, who advises TV shows such as Cowboy Builders and Rogue Traders.

Rubicon Garden Rooms, based in Deeside, is the first company to be accredited by the Master Garden Room Installers Association, founded by building standards guru Don Waterworth.

He has thirty years’ experience vetting traders and advising on trades disputes, and set up the MWCIA building accreditation scheme to help consumers choose top quality builders, and protect them from getting ripped off.

Rubicon Garden Rooms is the first garden room company to be accredited by the scheme, after impressing Don with their excellent track record for high quality work, and services.

Don said: “I was very impressed by Rubicon Garden Rooms.

“All of our members go through a rigorous process to become accredited and we only allow one contractor per post code so it is an elite rating.

“This means if customers choose one of our members, then they will get a first-class service, Rubicon Garden Rooms is the first garden room company we have accredited. and we are delighted to give them our backing.”

“The garden rooms that Rubicon build are beautiful. The organisational set up John has got, the way he does business, his knowledge and the interest he has in his customers is exactly what we are looking for from our members.

When you meet John you know this is someone who has got tremendous passion and experience. He goes to every job on the first day and makes sure the customer is going to get what they have been promised. You can see talking to John it’s a real passion, and the best companies are like this.” 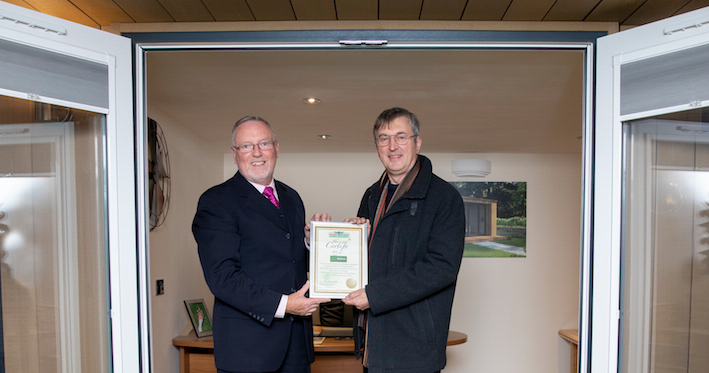 Don said he first started working with Channel 5 TV’s Dom Littlewood over a decade ago and has since supported consumer protection programmes to inspect the quality of work, and provide support in prosecutions arising from investigations

He said: “Dom Liltlewood is absolutely fabulous to work with, one of the nicest guys you will ever meet. His programmes genuinely help people, and he really wants to sort the bad guys out.

“I see lots of cases where people have been let down, sometimes work has been done and it’s just a mess, but people don’t know what do and where to go for help. Just because someone is advertising their services doesn’t mean they are going to do a good job. I saw one case recently where an elderly man had been charged £118,000 for £10,000 of work, and that will now end up in court.

“In another case a conservatory roof was collapsing and dangerous, we got all the money back on that through Cowboy Builders, and we arranged for one of our members to put on a new roof, but it took a 12 months and a court case to resolve.

“When jobs go wrong it’s a very long process, to pursue someone in court it is a slow, slow process and you just don’t want to go there if at all possible.

“You want to choose somebody good in the first place and make sure you choose someone who’s going to do a good job. That’s why people buy from our members, because they get peace of mind.

Don added: “We work very closely with Trading Standards we are very keen that all of our members retain very high standards, and look after the customers, we have a mediation service in case there is a complaint but these are very rare indeed as the companies we accredit know they need to maintain the highest standards.”

“We also have a regular newsletter to educate our members, and we publish a rogues’ gallery for consumers to show the disastrous consequences of what can go wrong if you choose the wrong contractor.

“Your home, which should be your castle, can become a disaster area. Don’t assume all tradesmen can do what they say they can do. If people pick the wrong company and they end up going to court that can be an absolute nightmare.”

The endorsement comes as Rubicon Garden Rooms has also recently won a separate Trading Standards Award for Most Positive Feedback Received in 2019, as part of the North Wales Buy With Confidence scheme.

Buy With Confidence is a national approval scheme designed to help customers find suppliers which are approved by Trading Standards officers, and the award follows positive comments provided to the scheme by customers.

TO AVOID ROGUE TRADERS, WHAT SHOULD I LOOK OUT FOR?

So you've seen an advert from a company on-line offering garden rooms and offices. Looks good, but what do you know about them?

The truth is that a number of companies are indeed not all they seem to be - some have been bust a number of times and have resurfaced as 'Pheonix Companies" rising from the ashes.

Of course there are times when companies fail through no fault of their own, but the ones to worry about are those which do so deliberately to reduce their long term liabilities (and guarantees), or to capitalise on the large deposits they've received from unwary customers.

So, to help you differentiate between the good guys and the bad guys here's a list of things we think you should check: