Film buff Paul Williams loves movies so much that he’s had a Home Cinema built in a Garden Room in Frodsham, Cheshire - complete with a massive 100-inch screen.

By day it doubles as a Garden Office for the self-professed flicks fan from Frodsham -  but at night Paul transforms it into a “man-cave” to watch classic movies with friends.

It is fully fitted out with comfy sofas, a top of the range projector, digital surround sound and a huge screen.

Paul said: “I work from home and I really needed my own fully insulated Garden Office space,  so it is designed to have my desk and work area.

“We had two choices – add an extension on to the house or build a separate contemporary Garden Room and, given the difference in cost, this seemed like a sensible compromise.

“The desk is on order, but I thought I’d get the rest of it sorted out first and now it’s the perfect place to watch films.

“One wall is painted dark grey, which is the best for projecting on to, and I’ve got an HD projector, surround sound with six speakers and a big sub-woofer – it’s perfect really.” 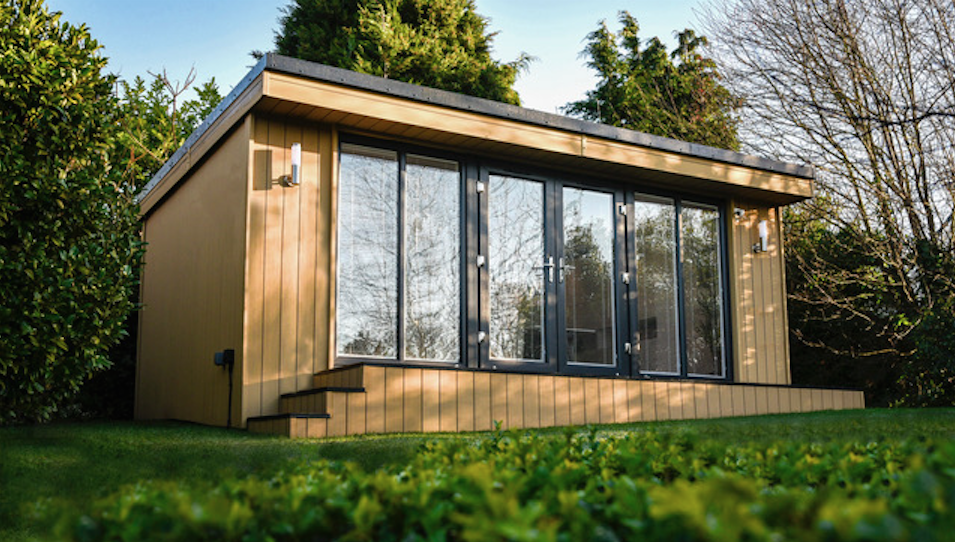 A fan of classic American movies such as The Shawshank Redemption, Goodfellas and the Bourne Legacy, the 38-year-old  also catches up with football and golf on his huge screen.

“It really is so peaceful and quiet,” said Paul, a financial planner who has a three-year-old son Tommy with wife Caroline.

“I certainly have a great escape place now, which is nice, as it’s always chaotic living with a youngster.

“Tommy is starting to get into his films though so it might be that Finding Dory gets projected up on to the big screen instead!” 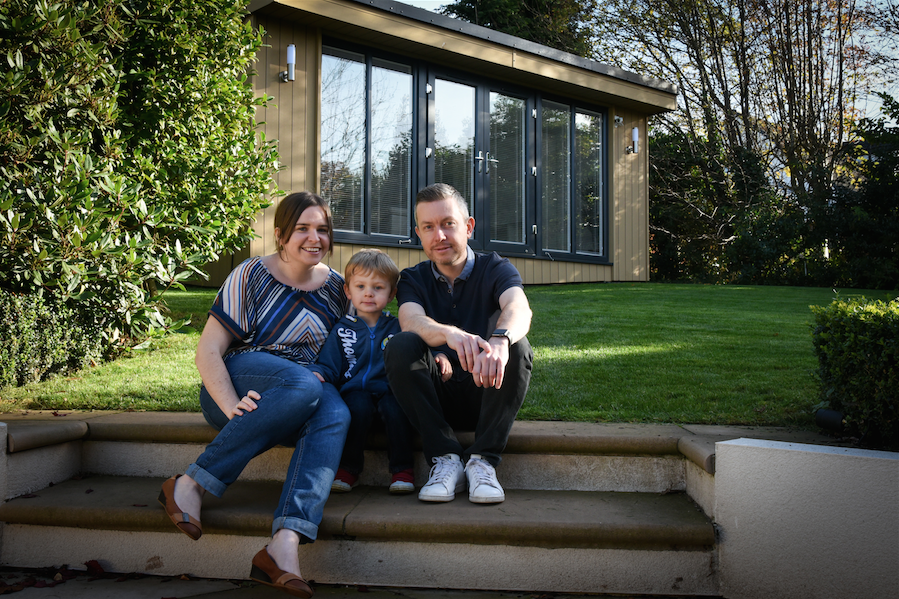 Measuring 28 square metres and fronted with double French doors, the luxury Garden Room fits snugly into the surroundings of the couple’s three bedroomed dormer bungalow and the family are delighted with their investment.

Once the design and fittings for the building were agreed, the sections were manufactured at Rubicon’s UK factory in Deeside, North Wales. Then Rubicon’s team of experts took less than a fortnight to install it

Rubicon Garden Room Managing Director John Lyon said: “More and more people are realising the benefits of working from home, whether self-employed or working remotely for a large company.

“It saves them time on their commute and allows them to spend time with their family and friends, or work the hours that suits them best.

“However, often they don’t have the space, especially once they start a family. So building in their garden is an excellent compromise - and in most cases, they don’t need planning permission.

“Our bespoke service means they can create exactly what they need, without any worries over maintenance. It just takes a few weeks from start of the design to completion, so there’s very little disruption to their family life.

“Doubling the Home Office up to be a Home Cinema means it’s an even better use of the space, for all the family  - I must admit, I am rather envious of Paul’s massive 100-inch film screen!” 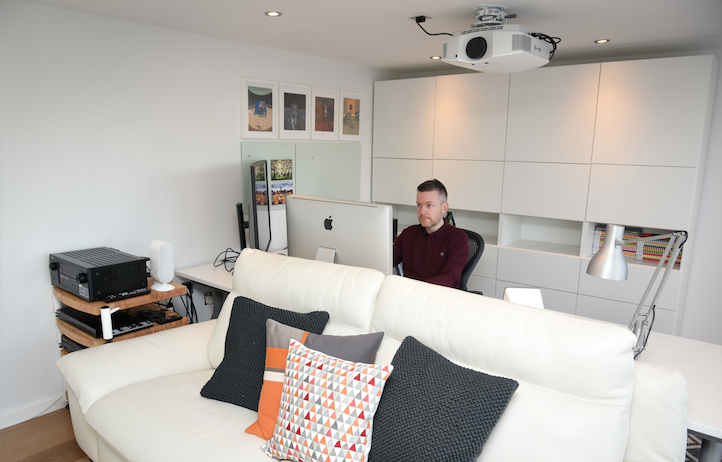 Paul and Caroline are full of praise for the Rubicon team and the speed in which the building was constructed. Paul added: “Once we decided what sort of thing we wanted we did an internet search and Rubicon Garden Rooms came up. We went up to see the showroom in Deeside and we were really impressed. All the detail we were looking for was there and the price was right. We told John our budget and he was able to give us what we wanted within that price.

“In total Rubicon was on site for just two weeks and all the staff were absolutely excellent – we couldn’t fault them at all. “You don’t often find the level of attention to detail these guys showed these days: I can’t recommend them highly enough.”

Paul and Caroline are now finishing off landscaping their garden following the construction work.

Paul said: “I’m not sure whether Caroline will be allowed in. Perhaps by invitation only – it’s definitely a man cave! But she’s happy as it’s freed up another room in the house, which used to be my office.

“So I think we’re all going to enjoy the benefits of just having that bit more space.”